The Kolyma Network was originally created as a legal parent and guardian to a website called 9channel. It has also previously offered Internet Services in eastern Russia, but has since discontinued. 9channel was a set of russian text and imageboards found on the TOR network (later made avaliable to the clearweb), the primary topics included computer hacking, criminal activities such as petty theft, and pornography. It became somewhat popular in the late 2000s and boosted Kolymas usage rates to untold levels. As of current times, the Kolyma Network hosts over 1,000 websites, and over 100TB of user-generated data.

KolymaNET now focuses more on Bulletin Boards. Some popular websites under the KolymaNET Umbrella include Gurochan, Heyuri, and what little remains of 9channel. In addition to aggregation of BBS websites, we also report news on them, see: KNN.

KNN (Kolyma News Navigator) also reports on other topics, such as general internet and technology occurences. It, along with Visach, are upcoming services we will provide to a larger audience in future times. 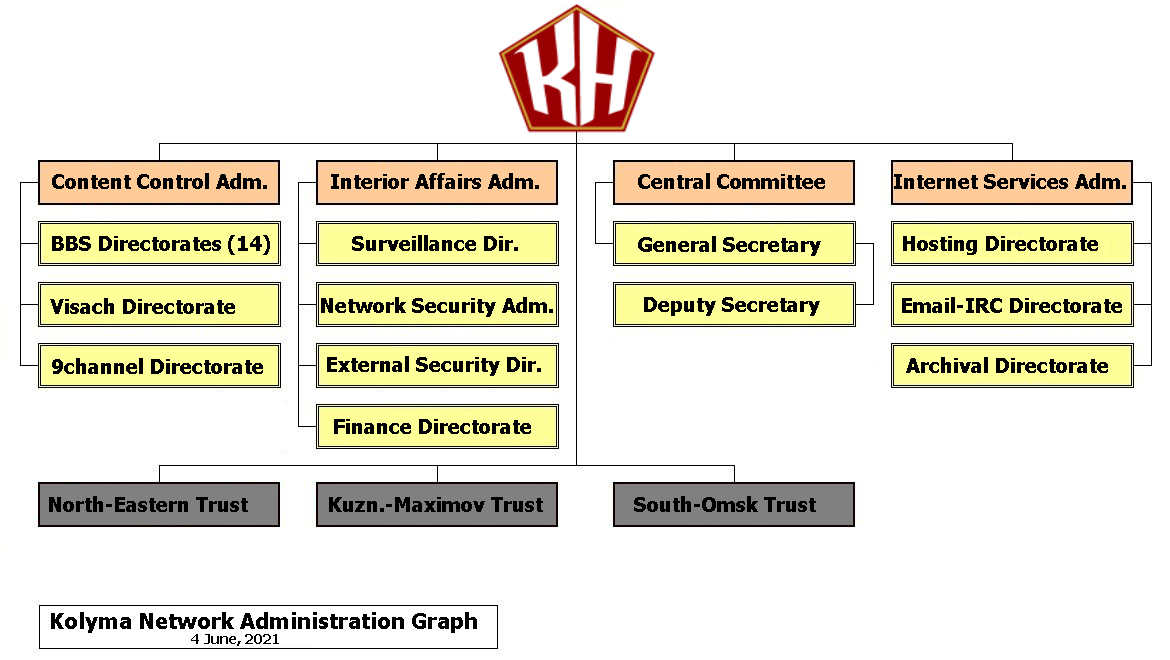